Following the reveal of the return of An American Werewolf in London, The Universal Orlando team announced the remaining original houses for this year’s event.  It looks like they are rolling out a little something from all best scares and themes of the past 25 years. If the previous maze announcements didn’t make you want to go then these better or we suggest checking your pulse. 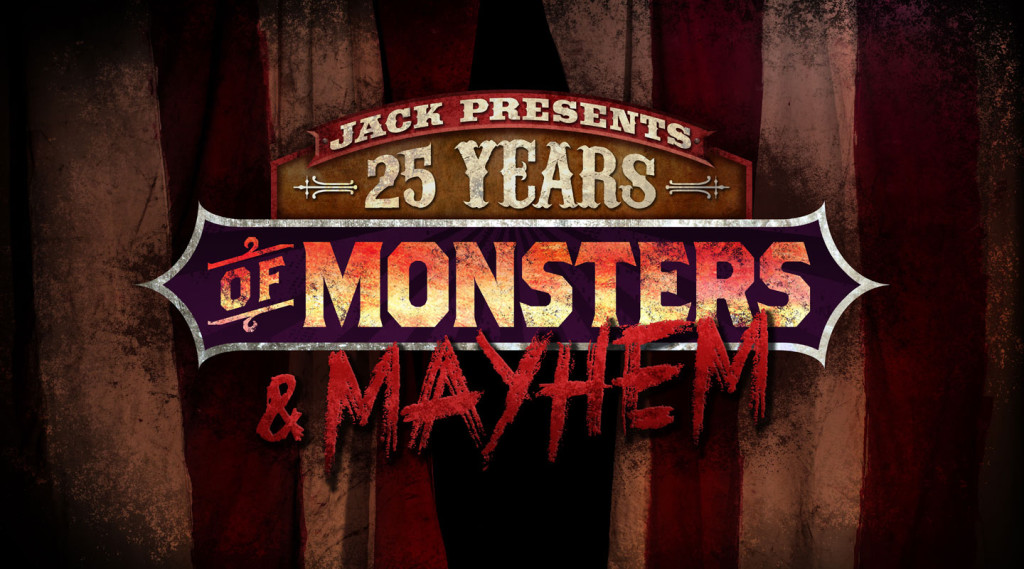 Jack is back and he invites you to join him for the ultimate reunion in horror. Universal classic monsters will attack from the shadows, meat-grinding maniacs will rip every scream from your throat, and ghosts of Horror Nights past will stalk you around every corner. You’ll find yourself dying to get in and relive your most haunting memories of the past 25 years of Halloween Horror Nights. 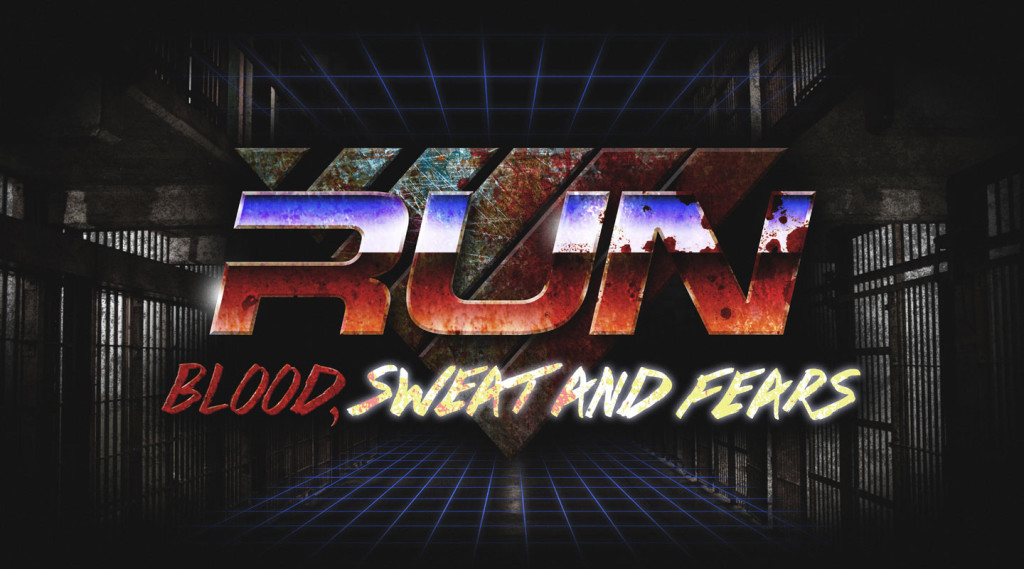 Congratulations! You’ve been selected to be one of the lucky contestants on RUN, the most popular and brutal television show in the world. In this house, you’ll have to try and avoid the skilled assassins known as Reapers as you work through “death obstacles” designed to mangle and shred—all for the amusement of the audience watching from home. And good news: the now run-down Hellgate Prison has been selected as the battleground. Good luck! 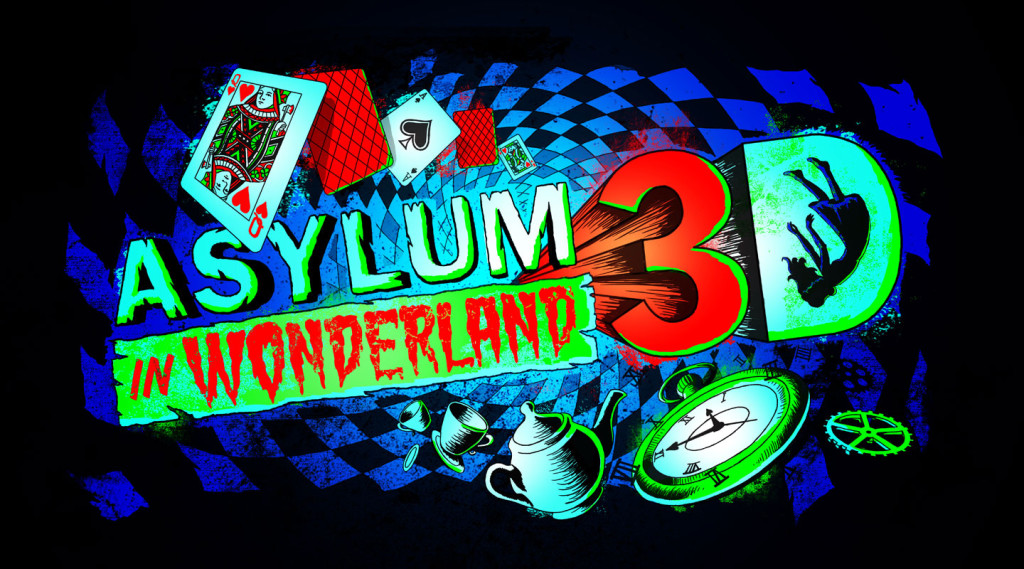 A new volume of Scary Tales has been released by Ultra Violent Comics: “Asylum in Wonderland”. This time around, you’ll follow the white rabbit through the looking glass and into a murderous 3-D Wonderland. All of the beloved characters will come to life in this chaotic world with an insane, nightmarish twist. You’ll be left asking one question: Is it all really in Alice’s mind? Or are the images you see real enough to kill you? 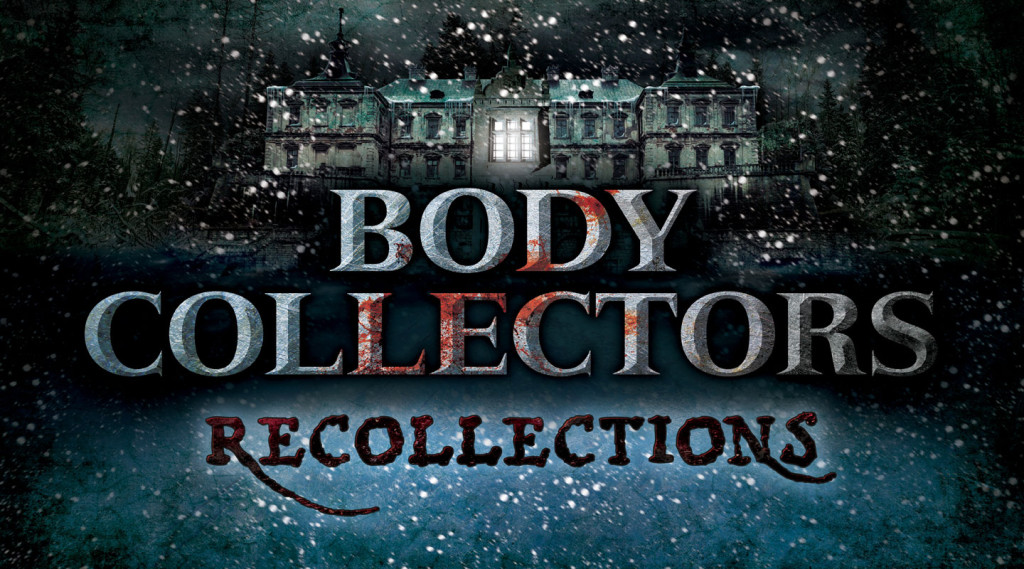 They have returned. The Body Collectors are on the hunt for the human parts they so desperately need. Emerging from the darkness on a cold, winter night, they descended upon the unknowing inhabitants of Shadybrook Asylum. Get ready to face their sharpened blades as the screams of their recent victims echo throughout the halls.

Psychoscareapy: Unleashed — The criminally insane inmates of Shadybrooke Asylum have escaped and unleashed their horror onto a Halloween block party in the streets of New York. Come join the party goers as the inmates kill for the best Halloween costumes for their very own special costume contest where you will be the judge. Oh, and this will be one of the bloodiest scare zones ever!

ICONS: HHN — And now for the scare zone I’m looking forward to the most! It’s time to take a look back in history and come face-to-face with the icons from our past. Iconic characters from the event’s 25 year history such as The Caretaker, The Storyteller, The Director and more will be found roaming the streets of Hollywood. I’ve even heard The Rat Lady will be making her grand return!

Scary Tales: ScreamPunk — This year, we’re bringing to life our most horrifying Scary Tales characters with a new twist. This steampunk-inspired version of Scary Tales is sure to leave you screaming.

Evil’s Roots — It’s time to be immersed in Halloween’s most evil traditions in the scare zone located in Central Park. Here you’ll find the event’s traditional jack-o-lanterns in the air as you encounter evil fairies, humanoid bats, scarecrows and more. Think “Grown Evil” from 2011 but on a whole ‘nother level!

All Nite Die-In: Double Feature — Last but certainly not least is a double feature of horror at The Carey DrIvE IN movie theatre. Wander down the streets of San Francisco and you’ll come across this theatre that has been named “DIE IN”, due to the gruesome murders that occurred. Enter if you dare…

The Carnage Returns — Jack the Clown is taking Halloween Horror Nights back in a blaze of murderous mayhem with his army of feared followers and his companion in carnage, Chance. Remember, Jack always has the last laugh.

Bill and Ted’s Excellent Halloween Adventure — Of course, they’re back in an all-new Halloween adventure. I could never describe the hilarious insanity of that show. It has to be seen to be believed. Party on, dudes!