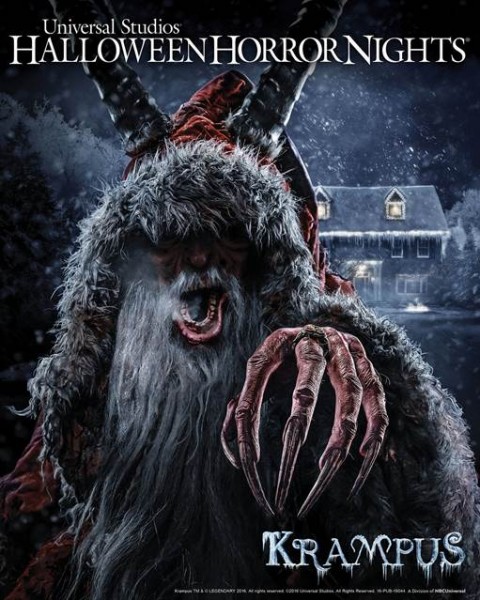 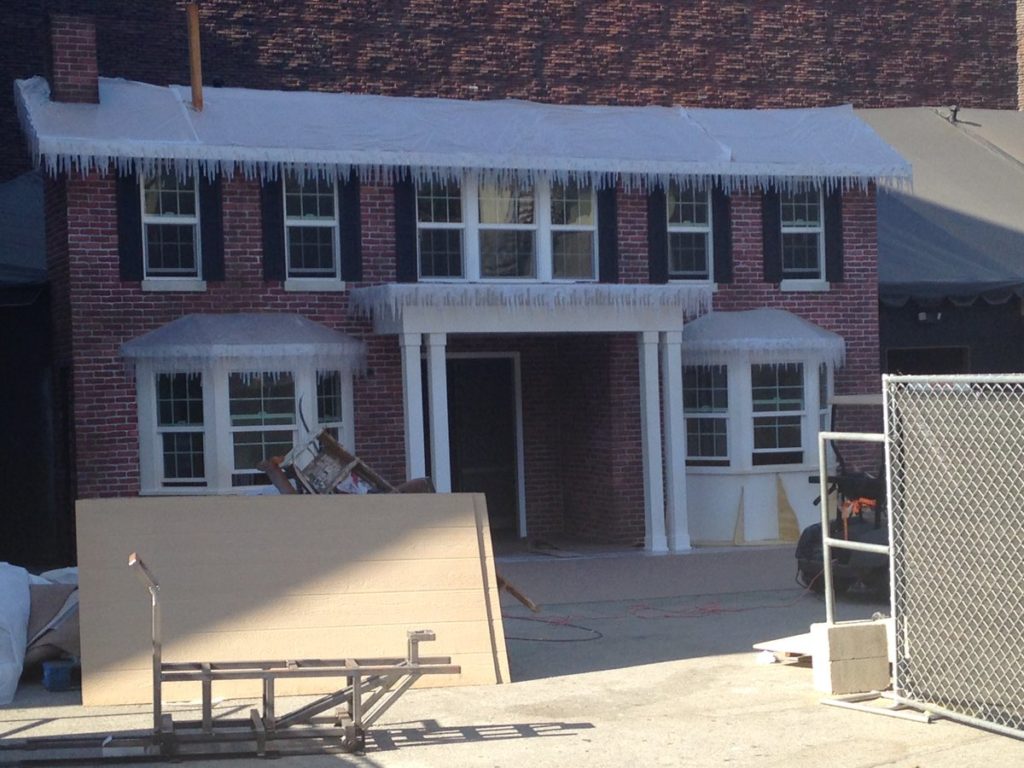 First there was Halloween and Friday the 13th, and now Christmas joins the holiday horror party at Universal’s Halloween Horror Nights with an all new KRAMPUS maze based on the 2015 movie. We suspected that this would be one of the new mazes based upon pictures we saw of a facade being built on Hollywood’s backlot that looked identical to the home featured in the movie. This will be another shared property that will be featured at both the Hollywood and Orlando parks.

We’ve loved the Dark Christmas scare zone that was featured at HHN Hollywood the last two years. It seems that similar to what they did with La Llorona, the theme was tested as a scare zone before they fully committed to giving it it’s own maze.  This should be wicked fun as the Krampus movie features some terrifyingly bizarre holiday creatures and monsters that are sure to be as scary as a family Christmas dinner when they’re brought to life by the Universal HHN teams.

The legend of Krampus was also used for a maze theme at least year’s ScareHouse. That maze provided guests with the rare opportunity to admire actual props, costumes, and practical creatures from the film before entering a highly immersive attraction that followed the legacy of Krampus, the iconic figure of dark folklore as old as Christmas itself.

At the Universal parks, the mazes will place guests right in the scenes of the holiday horror movie. The dead of winter will set the stage for the terror that unfolds one cold, dank and dreary Christmas Eve when the fabled anthropomorphic “half-goat, half-demon” horned creature emerges to terrorize those devoid of holiday spirit. In scenes lifted from the film, guests will navigate the dysfunctional Engel family home to encounter the evil ancient spirit of Krampus – the dark shadow of Saint Nicholas – and his band of Dark Elves and sinister Gingerbread Men, who cause the family to fight to see the light of day.

Say no more! We can’t wait to experience this maze. We really feel that this is shaping up to be one of the best years for HHN yet. Now we’re speculating as to what the remaining maze and Terror Tram themes for Hollywood will be. Our guess are attractions based on Universal’s The Purge Election Year, which will be releasing on DVD around that time, and Rob Zombie’s 31, which comes out in theaters this fall. 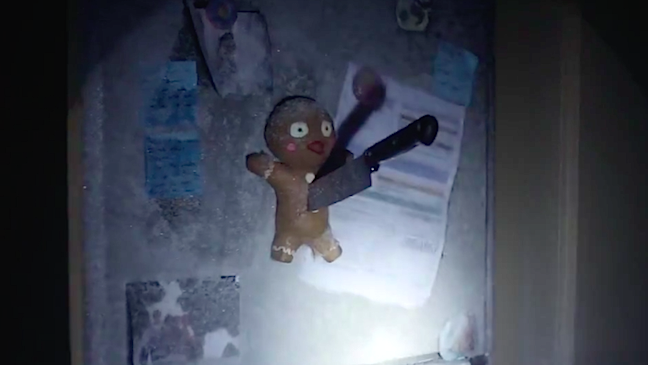