Earlier this year, when we heard Southern California would be getting a second haunt convention, and that it would be taking place just a week before the other one, our reaction, like that of many others, was, “WTF??” Does SoCal really need two haunt conventions back to back? Would there be a big difference between the two? Was it worth attending both, or would one be better than the other? Of course, we’re Scare Zone, so we made it our goal to find out and give you our report.

First of all, we’re still a bit “WTF” about what actually went on behind the scenes to cause two conventions. We’ve heard some crazy rumors about the situation, but we’re unable to independently confirm them.  Surely there’s an interesting story behind it all. At any rate, what really concerns us are two questions: Which convention is better? And is it worth attending both?

This is not a comprehensive list of all the offerings at the conventions, but we wanted to list the main details here. 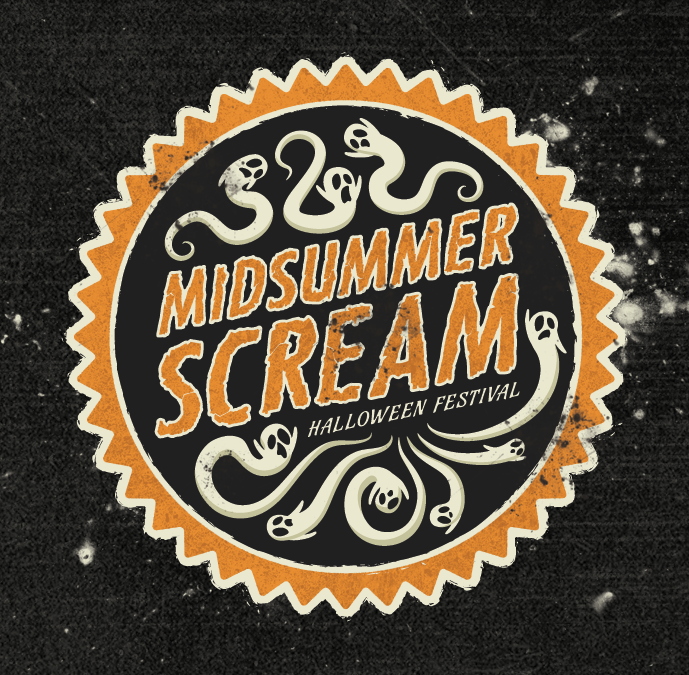 Location: Midsummer Scream wins this one, easily. The Long Beach Convention Center feels like a huge upgrade compared with the Pasadena venue. It’s bigger, with an open and airy feeling. The food inside the venue is better, and there were even 2 food trucks right outside the front doors. The only complaint we had about the Long Beach location was the parking. Many of the lots were already full by 11 am, and there weren’t a lot of great signs about where you could park. However, we did end up finding $5 parking pretty close by, so for this reason, we can’t complain too much.

Cost: This is a tie. The cost is pretty much same, especially if you use a discount code or find a discount on Goldstar, etc.

Tickets/Entrance: We bring this up as a category only because it was annoying to deal with at ScareLA. At Midsummer Scream, there were no issues getting into the convention. ScareLA was a different story. There were long lines outside the venue. There was one line to stand in for will call (whose computer system was down when we arrived). After that, you had to stand in another line to get a wrist band. After that, you moved into yet another line to enter the building. It was a confusing mess, and many people around us were angry at the process.

Panels/Guests/Presentations: This is a hard comparison, but in the end, we give the victory to Midsummer Scream. Both conventions had packed schedules, but overall, Midsummer Scream had the more interesting and more essential lineup. ScareLA had several presentations that felt like “filler” (such as “the darkside of VR” and “the science of fear”) that were not close enough to Halloween or haunts for us. Overall, we were more excited about the presentations at Midsummer Scream.

Classes/DIY Workshops: This was another hard category to rate, and we have to call this a tie. We heard from some people that ScareLA had better classes, but then we heard from others that they liked the lineup at Midsummer Scream better. For us, it’s a toss-up. ScareLA does require that you purchase a “Scare Student” pass, which does get a bit pricey. Classes are free at Midsummer Scream, except for the workshops taught by SoCal Valley Haunters.

Attractions/Experiences: Again, we call Midsummer Scream the clear winners here. First of all, the area with the mini-haunts was much better themed. It was darker and filled with fog. The facades at the mini-haunts looked very professional. At ScareLA, light leaked in from the outside doors, and a couple of the mini-haunts had merely plastic/fabric walls that were easily visible because of the lighting. We also loved the scare zone at Midsummer Scream, which was a great transition between the showfloor and the mini-haunt area. It’s details like these that made MS really stand out for us this year.

Hey, we’re glad there are two haunt conventions in Southern California. But do we really need two? No. If you have the money and time, sure—attend both. But you’ll see quite a bit of overlap in content. But if you can (or want to) attend only one, we definitely recommend Midsummer Scream. We felt that Midsummer Scream was a better run, with better content, vendors, and entertainment. Most importantly, Midsummer Scream was somehow able to capture more of the fun Halloween and haunt spirit.  You can tell that it’s run from a genuine appreciation and love of Halloween and haunted attractions. That goes a long way in making an event great. We can’t wait for next year!