We would be remiss if we didn’t mention that the second Southern California Halloween Convention of the year will be taking place this weekend.

ScareLA is the world’s first summer Halloween convention. Situated in the entertainment capital of the world, the event celebrates the American scare season traditions and the diverse cultural heritage of the Greater Los Angeles region. Featuring hundreds of specialty vendors, education programming, world-class industry presentations, ScareLA draws thousands of professionals, fans and families from the U.S. and abroad to celebrate Halloween early every summer. ScareLA is one of the fastest growing independent fan conventions in the U.S. addressing a $10 billion Halloween industry worldwide.

To celebrate their 5th anniversary, they are making 2017 EXTRA scary with the special appearance of John Kassir, the Cryptkeeper of “Tales from the Crypt,” ScareLA’s 2017 Host! Listen to his iconic voice over the loudspeakers of the entire convention all weekend long as he announces special programming and more surprises right from the ScareLA show floor. 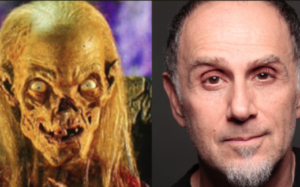 The fun will continue into the night in our Saturday night-party venue: Clifton’s Shadowbox Room (Clifton’s Republic, 648 S Broadway, Los Angeles, CA 90014). You’ve heard of the famed Tiki Room, Gothic Bar and five stories of incredible themed-entertainment space at this coveted DTLA staple. But did you know that lurking below the ground there is a room called “The Shadowbox”?!? Few have set foot inside and even fewer have ever left! Open only for ScareLA attendees from 8PM-2AM! 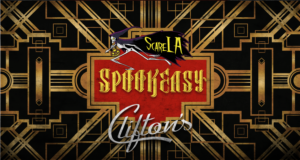 This will be a tale you will never forget: August 5-6 at the Los Angeles Convention Center. Tickets for the convention are still available for purchase, but all monsters must act now before quantities die out!