Land of Illusion, located in Middletown, Ohio, will open for its 20th season on September 1st with haunts, chills and thrills plus new scares and entertainment. 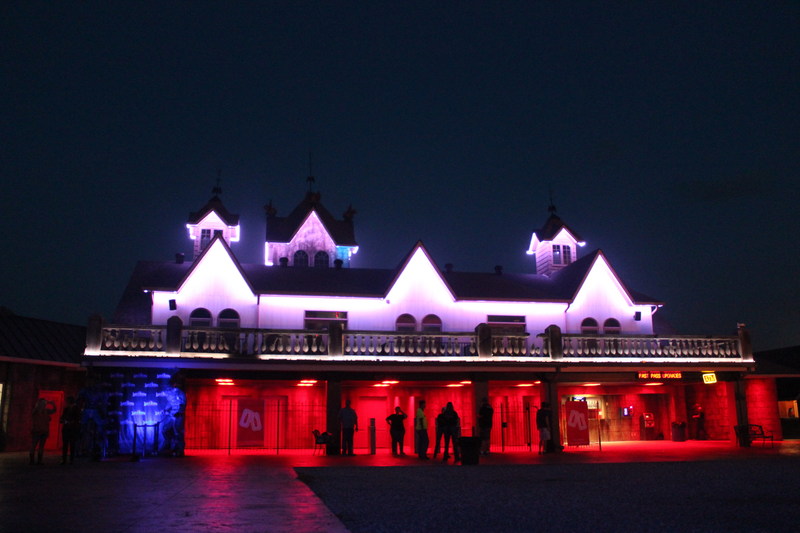 The park’s 20th season starts off with a bang! A special fireworks show will take place on Saturday 2nd by the word famous Rozzi Family. To celebrate Land of Illusion’s 20th Anniversary, 1-day park admission tickets will be available for just $20 online and valid on September 1st and 2nd. Tickets can be purchased at www.LandOfillusion.com with promo code 20YEARS.

Early bird savings for $20.01 off 2017 Season Passes are also available for unlimited admission plus all scheduled entertainment and concerts when using promo code PASS17 online through September 2nd.

New scenes and characters have been added to the haunted houses this year in addition to The Hatch, a new 60-ft expansion of the Middletown Haunted Trail. This terror trek has won haunt awards year after year for its different scenes and interactive experiences including cackling chainsaw sickos, aliens, vampires, a school of Hell and more. The Hatch features hatching alien-like egg pods with mysterious inhabitants walking the grounds with a taste for frightened flesh.

The park will host its 2nd Annual Run Like Hell Zombie 5K on September 23rd.. Runners will encounter brain-hungry, virus-spreading, bloody zombies as they try to keep their brains intact and make it to the Finish Line “alive”. A special registration includes park admission, Zombie 5K, Zombie 5K t-shirt, concert featuring Mushroom Head, a medal and one drink ticket.

Land of Illusion also features 2 adrenaline thrilling attractions – the Sniper Zombie Patrol and the freefall Demon Drop. Each of these attractions require a separate ticket.

The Zombie Sniper Patrol puts you right in the action, hunting down roving bands of unruly undead. Visitors board an army transport vehicle and take aim at the zombies with a paint-spewing pistol – as the “glow” paint-balls fly, the bodies fall. The Demon Drop has an amazing 40-ft freefall experience. Visitors climb up a pole with hand and foot holds from the ground to an elevated platform 40-feet in the air with two separate platforms. You step off the platform, with safety gear, to begin your descent.

Land of Illusion is not for the faint of heart so young kids should be advised. For kids and adults not wanting to enter the haunted houses, a separate admission and entry is available for the Zombie Sniper Patrol.

Additional park amenities include the Voodoo Lounge, a full service liquor bar for ages 21 and up and the Creepy Café for food items and spooky snacks.

Land of Illusion is located at 8762 Thomas Road in Middletown, OH and open every Friday and Saturday night from September 1st through November 4th from 8 pm to 2 am. The Park is open Sundays only in October from 8 pm to midnight. For hours, pricing and attraction details, visit www.LandOfIllusion.com.