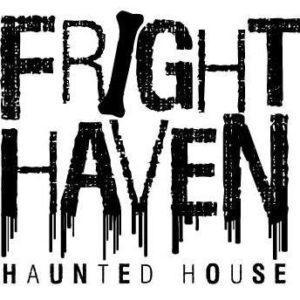 Housed in the old Bally’s building in the Stratford Square shopping plaza on 411 Barnum Avenue Cut-off across from Home Depot and next to L.A. Fitness & Ninety Nine Restaurant, with ample free parking, Fright Haven is the largest indoor haunted attraction in Connecticut. It occupies 20,000 square feet and contains several attractions under the same roof. Brand new features for Halloween 2018 include the Deadly Grounds, the Green Lagoon Swamp, the Tunnel of Terror, the Buried Alive coffin simulator ride and much more. (To sign up for Stratford breaking news alerts and more, click here.)

The property had been vacant for years, and the creative forces behind Fright Haven transformed the large cavernous building – which was previously Bally’s Gym and Showcase Cinemas – into a magical haunted attraction last Halloween, bringing thousands of guests to the plaza in its inaugural season. It had the distinction of being voted “Connecticut’s #1 ‘Must-See’ Attraction.” Visitors compared the experience to a theme park, or perhaps more specifically, a roller-coaster, where the scares are fun but you can return to stable ground after the ride. At Fright Haven, all the scares are intentional, rehearsed and well-choreographed, but guests can walk out the door at any time.

DEAD END MANOR: Dead End Manor is an ancient Gothic Victorian Mansion filled with beautiful Vampire sirens and the monsters who made them that way, all looking to add you to the collective commune of drinking blood.

Pitch Black Haunt: Achluophobia People are not actually afraid of the dark. They are afraid of what might be in the dark. The greater their imagination, the greater and more personalized the creature/madman/poltergeist/boogeyman that could be in the darkness will be. What are you afraid of? Chances are that whatever it is, you will come face to face with it in the Frightmare Pit.

CARNIVAL OF EVIL in 3D: A 3-Dimensional tribute of terror to Savin Rock Park, Palisades Park, Freedomland, Paragon Park, what’s left of Coney Island, and all the amusement parks torn down over the years. For some reason, people are afraid of clowns, and this attraction takes advantage of this fact with lots of crazed, demented clowns popping out from everywhere.

A Connecticut professor, Dr. Mark Kirschner, who was a consultant for Fright Haven, and even developed one of the most highly regarded features, “the pit,” notes that haunted houses appeal to all ages. However, he stresses that Fright Haven intends to truly scare visitors. While there will be no age restrictions, parents should be certain that their child is mature enough to handle the intensity of the experience. Pre-teens should be accompanied by a parent or guardian. A lights-on, family-friendly day will be announced during the season.

Bobby Arel, one of the producers of Fright Haven, notes, “Due to the intensity and fear factor of Fright Haven, those with weak hearts, health conditions, young children and pregnant women are advised to enter at their own risk. We only take responsible for future nightmares. For your own well-being, do not visit Fright Haven alone. Be sure that you are accompanied by friends, family and those you trust to keep you safe from the evils and the unknown contained within the haunted walls of this attraction.”

Fright Haven incorporates 40 to 50 volunteers every single night as actors in the haunt, and there is an on-going casting call for “scarers of all ages.” Many area students participate and earn their community hours, as the event benefits several schools’ fund-raising campaigns, with the Stratford Police Activities League as the main benefiting charitable association.

After its Saturday night, September 23 grand season opener, Fright Haven will be open Thursday-Sunday evenings through Halloween, October 31st. Tickets are only $20 in advance, $25 at the door, and there are V.I.P. skip-the-line options. All attractions are indoors so unlike outdoor haunts the attraction will be open rain or shine (the more thunder and lightning the better!) and will be completely handicapped accessible.

Additional information will be available at www.frighthaven.com or by calling 203.799.FEAR.