A Century of Monster Makers… Horror aficionados and the creative professionals who bring these scary creatures to life will return to the Pasadena Convention Center this Friday the 13th weekend for the 10th annual Monsterpalooza. 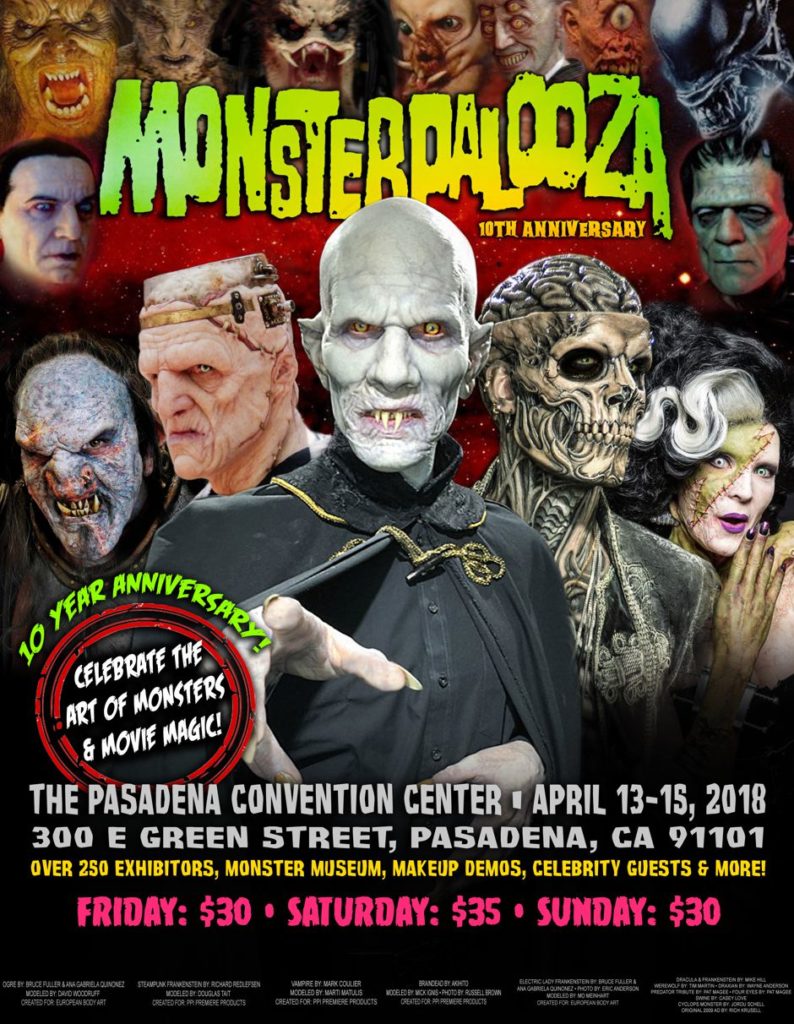 The show is for fans as well as industry professionals – more than 250 exhibitors will present live makeup demonstrations, celebrity meet and greets, and a Monster Museum exhibition. Visit the Monster Museum to view props from motion pictures and television shows, as well as installations by award winning artists. Attend unique presentations at the Monsterpalooza Theatre featuring actors and directors of the horror film genre, as well as screenwriters and special effects artists. Past presentations include An American Warewold in London, The Howling, Predator, Tremors, The Exorcist, and Return of the Living Dead.