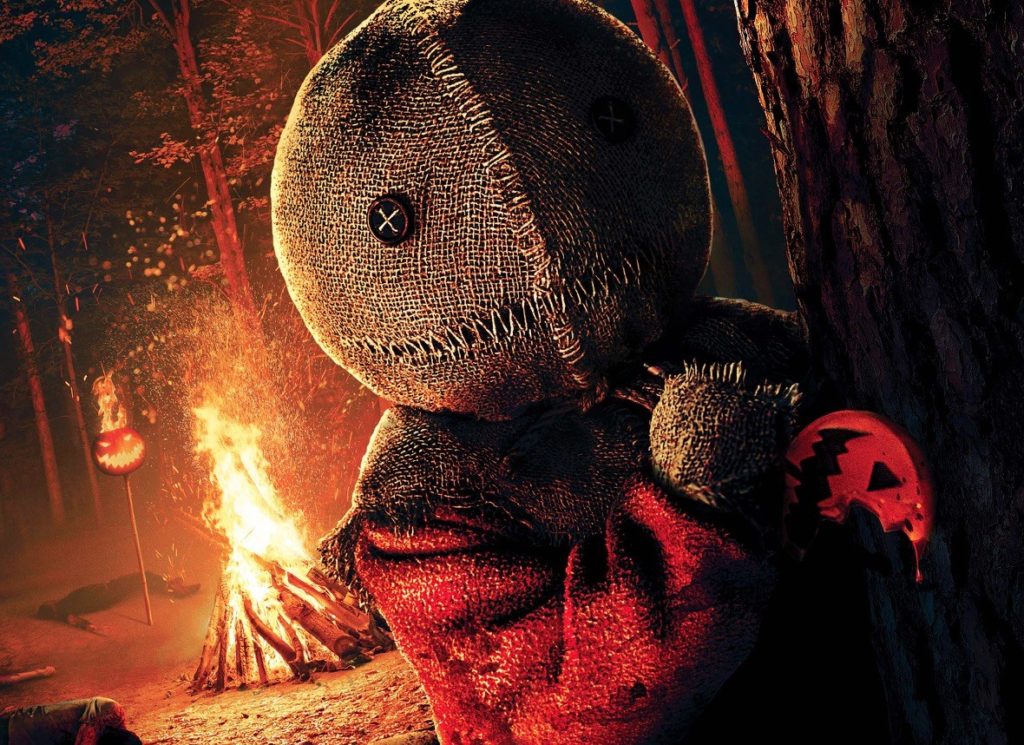 Ever since the movie Trick ‘r Treat came out in 2007, HHN fans have been desperately begging Universal to bring the cult Halloween classic to life. It’s one of the maze themes that is speculated, asked for, and discussed on #HHN social media every single year. Last year, HHN Orlando featured a Trick ‘r Treat Scare Zone, which was considered to be one of the most popular. So after a successful test run, both Universal Orlando Resort and Universal Studios Hollywood will get complete Trick ‘r Treat mazes this year.

For those who don’t know about the movie (why are you even on this site) Trick ‘r Treat is a 2007 anthology black comedy horror film written and directed by Michael Dougherty. The film centers on four Halloween-related horror stories. One common element that ties the stories together is the presence of Sam, a mysterious child trick-or-treater wearing shabby orange footie pajamas with a burlap sack over his head, who makes an appearance in all the stories whenever a character breaks Halloween traditions. He’s the keeper of the rules and the spirit of Halloween. He may look cute on the outside but you don’t want to get on his bad side… or the receiving end of his lollipop. 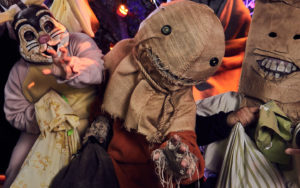 This theme is a no-brainer for HHN and should provide for some fun traditional Halloween scares. It also will be a great compliment to the Halloween (Michael Myers) maze that we’re highly confident will be featured at HHN.

The Trick ‘r Treat maze will transport guests to Warren Valley, Ohio on Halloween night to celebrate the holiday’s dark traditions and daring them to live by the rules or suffer the consequences. Recreating some of the anthology’s most iconic scenes, the disturbing new maze invites brave thrill-seekers to become entwined within the secrets of this sleepy suburban town encountering all the grisly scenes and demented characters. They will meander through Mr. Kreeg’s infamous house, watch as college students viciously transform into bloodthirsty werewolves and dismember the town, as well as come face-to-face with Sam – the spirit of Halloween – who readies to punish those who break the holiday’s tradition. These guardians of Halloween will teach you the traditions of the holiday as you find out first hand the consequences of breaking those rules. With monsters around every turn, you need to pay attention…or suffer the ultimate fate.