When you run a website, you really have to be careful not to push that “Publish” button too early. Fortunately (for us), someone running the Halloween Horror Nights website had an itchy trigger finger and accidentally revealed the remaining four mazes in Hollywood, before the information was quickly taken down. But an observant reddit user was able to capture a screenshot, and now the world knows what horrors HHN fans will be experiencing in just a little more than a month!

The leaked web image shows the following as the entire 2018 HHN Hollywood lineup:

(*Not officially announced yet.) 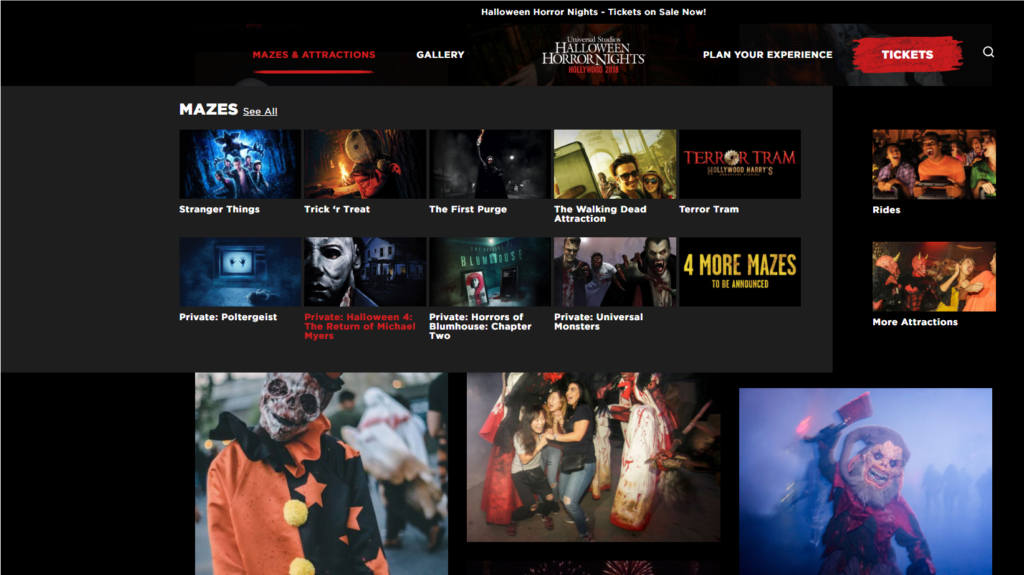 As we reported yesterday, Poltergeist and Halloween 4 appear to be slated for the Orlando “1980’s” lineup, and it seems like Hollywood is also getting versions of these mazes. We’re incredibly excited about Poltergeist, as this movie haunted us as kids and made an entire generation terrified of clown dolls. Halloween 4 is a bit more random, but as serious Michael Myers fans, we’re not complaining.

It remains to be seen what will be covered in Horrors of Blumhouse Chapter Two. Last year, this maze covered the movies The Purge, Sinister, and Happy Death Day. We assume all of these will be replaced by new Blumhouse movies. With the Purge getting its own maze this year, Horrors of Blumhouse  might tap into Truth or Dare, Unfriended, The Belko Experiment, or maybe even the very popular Split.

Universal Monsters has been circulating as a rumored maze for some time, especially given recent construction of a facade sporting a replica of the tower from the Bride of Frankenstein: 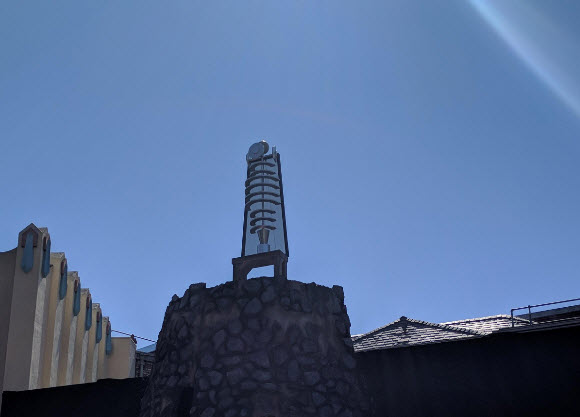 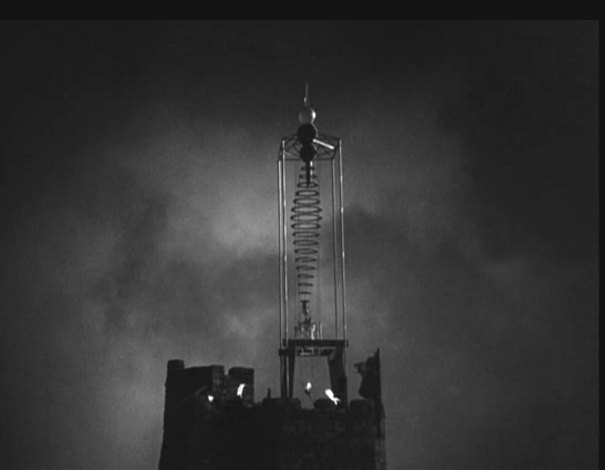 We expect to hear more about at least one of these mazes at Scare LA later this month, as John Murdy has promised an in-depth look at a new maze. Given the leaks, though, Universal might decide to announce all mazes sooner than later, and more details might be confirmed soon.