4th Time is a Scream: Michael Myers Returns to HHN 2018

Last week a few leaks revealed that Halloween 4 will be coming to HHN in Orlando and Hollywood. 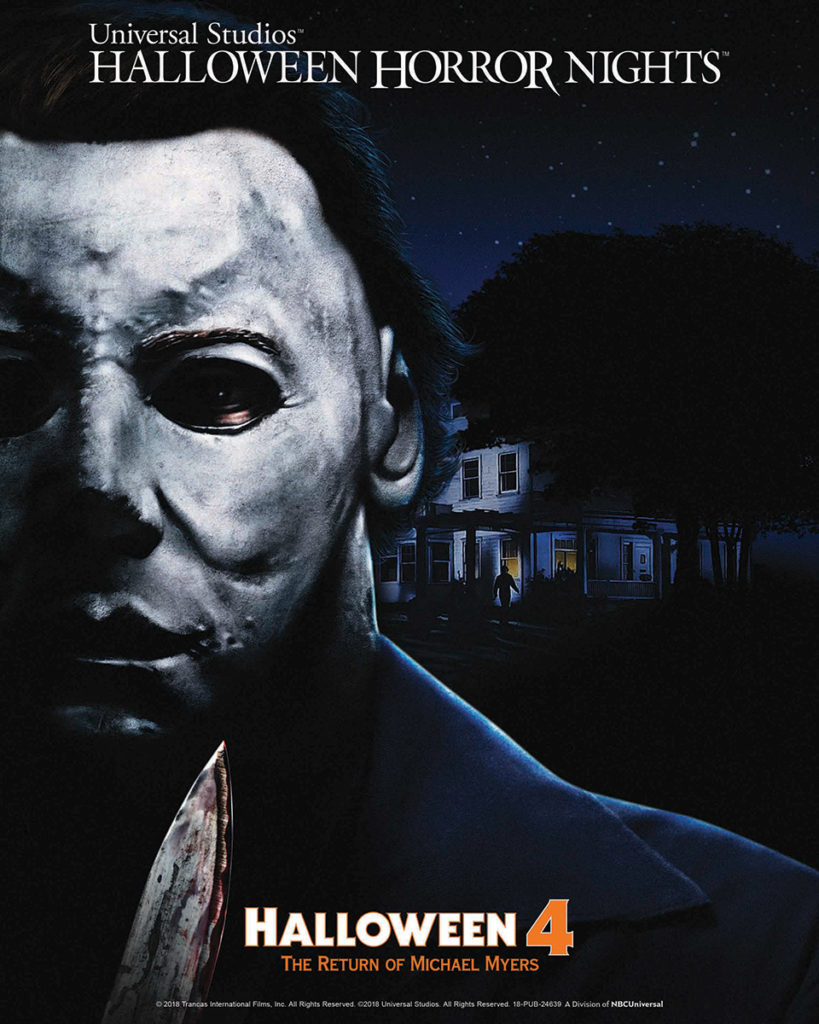 Today Universal confirmed the rumors and provided a detailed overview of what victims… guest can expect to happen inside their latest Halloween maze. Previously, both HHN events have had mazes based on the original Halloween and Halloween II. Hollywood also had a Life and Crimes of Michael Myers maze back in 2009 that featured some of his most iconic kills from the first few movies in the series including the bandaged wrapped Michael from Halloween 4. 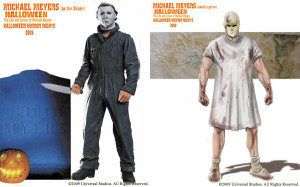 As the title suggests, Halloween 4 features the return of Michael Myers to the film series revealing that Michael survived the fire in Halloween II but has been in a coma since that night. While being transferred back to Smith’s Grove, Michael comes out of his coma and overhears that Laurie Strode, who died in a car accident, has a daughter. Michael escapes the transport and heads to Haddonfield in search of his niece, Jamie. Fellow survivor Dr. Loomis also goes to Haddonfield after learning that Michael has escaped again and must reconvince everyone that the evil has returned. After slicing his way through more police, trick or treaters and horny teens the town residents rally to turn the tables and hunt down Michael. There are a few scenes from this movie that could provide some good scares such as the scene where a bunch of teens dress up as Michael and surround Dr. Loomis and the cops as a prank only for it to be revealed that Michael was really amongst the group of masked hoodlums.

Halloween 4 should make for a fun maze and is a fitting title as this is the 4th time HHN (Hollywood) is featuring a Michael Myers in a maze. We still think it’s a little strange that they’re not doing haunts based on the upcoming movie. Perhaps we’ll get twice the Michael Myers at HHN (Hollywood) with an appearance of the Halloween 2018 old man Myers in the rumored Blumhouse of Horrors: Chapter II maze.

Here are the details from Universal Press Release:

Based on the fourth installment in the classic slasher series created by John Carpenter, the mazes will transport guests to the suburban town of Haddonfield, Illinois on Halloween night where Myers has escaped Smith’s Grove Sanitarium and is hungry for revenge. This time, he relentlessly stalks his niece Jamie as his next victim, stopping at nothing to kill her.

Guests will follow Myers as he escapes the mental hospital, encounters his first victims at Penney’s Gas Station and Diner, and wreaks terror on Haddonfield, all set to Alan Howarth’s ominous score. The maze will include horrifying scares by Myers in his classic featureless white mask and navy jumpsuit, with guests dodging his bloody knife at every turn. Halloween fanatics can expect a cameo by Myer’s psychiatrist Dr. Loomis and other famous characters from the film as they try to escape the bloodbath.

Universal Studios’ Halloween Horror Nights is the ultimate Halloween event. For more than 25 years, guests from around the world have visited Halloween Horror Nights in Hollywood and Orlando to become victims inside their own horror film. Multiple movie-quality mazes based on iconic horror television shows, films, and original stories come to life season after season. And, the streets of each coast’s event are transformed into highly-themed scare zones where menacing scare-actors lunge from every darkened corner.