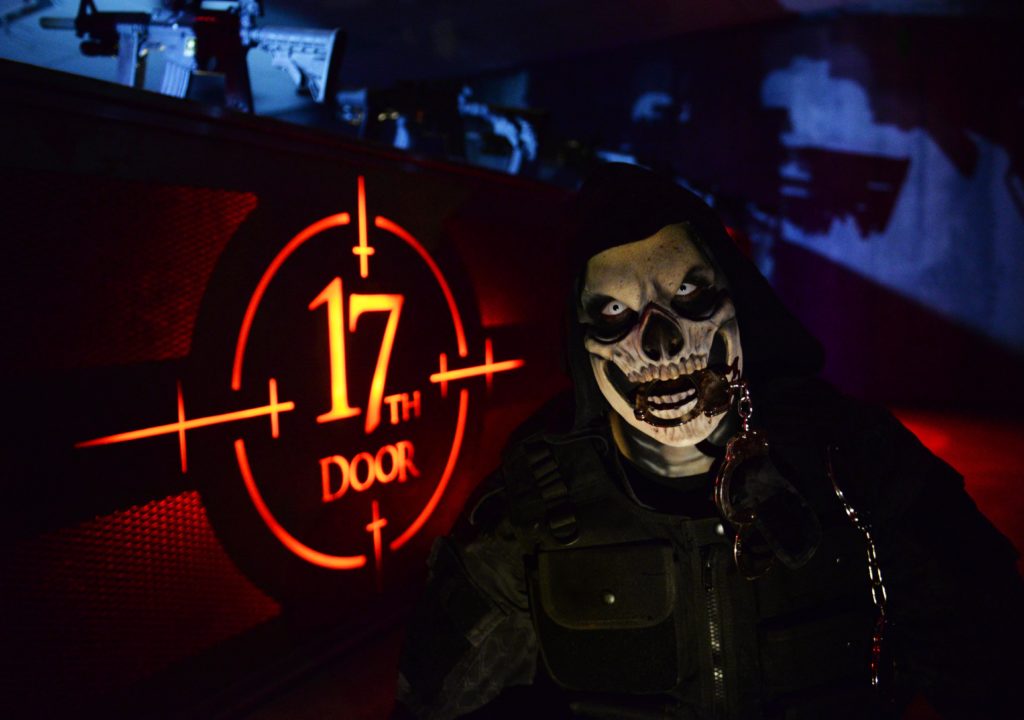 Four years ago the 17th Door Haunt Experience stormed the SoCal haunt scene and has become one of the most talked about attractions in Southern California. Brilliantly blending a traditional walk-through haunted house with theatrical and extreme elements, it’s a more intense, but still accessible level for haunt fans who had felt they’d “seen it all.”

This year the 17th Door Haunted House returns to its home in Fullerton for the second straight year, allowing the team to build their best haunt yet! One of the scariest, most intense, and most interactive haunted houses in the country has taken things to a whole new level for 2018. This year, guests will also be able to undergo the Vixi Ward Virtual Reality Experience, an enhanced 15-minute immersive venture for an additional $13.

New rooms and new scares… you will hate it and you will love it! Will you cry “Mercy?” or will you survive all 20 (22 with VR) rooms of psychological terror? 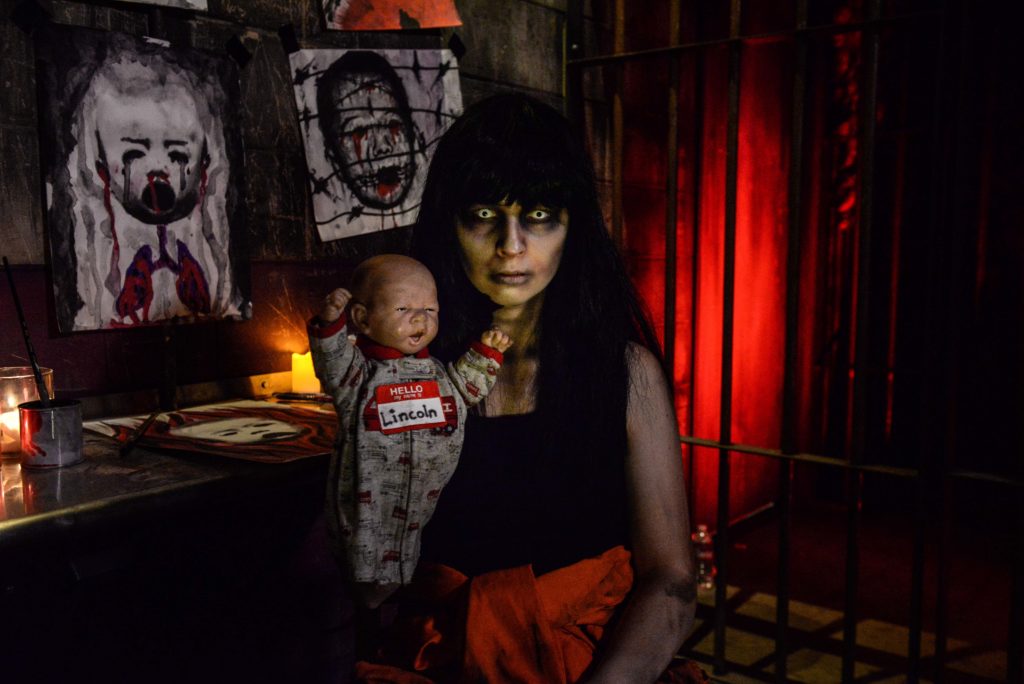 At Perpetuum Penitentiary, the madness continues. As Paula continues to serve her time, she continues her descent into darkness. An unseen side of Paula is now coming into focus. A thought or mention of her dead child torments her soul and brings forth a psychotic rage aimed at those around her. The prison psychiatrist has prescribed “Art Therapy,” inflaming her rage and suffering. As a last resort, he has given her an unorthodox tool… a therapy puppet named “Lincoln.” Meant to present her suffocated infant son, it will push her to a place of evil and perversion. The depravity spreads like a virus.

Will the puppet, Lincoln, lead her to accept her crime? Or will it push her to nightmarish depths previously unknown? Will Paula choose a path to redemption or will she be devoured by the darkness, becoming a permanent inmate of hell… otherwise known as Perpetuum, Death Row.

Paula, her dead son, and You are… Crybaby.

In the heyday of Perpetuum Penitentiary, the prison partnered with the enigmatic Vixi Labs on a new experimental treatment method for its most troublesome inmates. Touting a revolutionary machine that was capable of interfacing with the human brain – the VRX-2000 headset – Vixi Labs helped Perpetuum to establish the new Vixi Ward within the prison.

After only a short operating streak, Vixi Ward was officially shut down for “excessive casualties” incurred during treatment. Yet in spite of this, screams still echo throughout the halls of Vixi Ward, and it’s rumored to continue operations on particularly unruly inmates.

Guests sentenced to Vixi Ward will face a 15 minute immersive experience. Guests may first endure a pre-op procedure to assess their fitness for treatment. They will then don the VRX-2000 headset themselves to begin their virtual reality experience. Once the guests’ treatment concludes, they will then be snuck back into inmate general population using a secret entrance. There, they will begin The 17th Door maze inside Perpetuum.

“We’re always striving to outdo ourselves each year and 2018 is no exception!” said The 17th Door co-owner Heather Luther. “With a refocus on storyline, refinement in room details and sets and layered elements of new innovative and interactive scares, we are expecting this to be our best show yet!”Pre-sale tickets for this year’s season are now available online at www.the17thdoor.com. Act fast because they sell out quickly!

The 17th Door is designed for a mature audience, preferably 16 years of age and older, as guests will find themselves in intense situations. All guests must still sign a liability waiver and the actors are allowed to touch guests. At any point during the haunted house experience, guests may use the safe word “Mercy” to be escorted out. They will be given the option to rejoin their group in the next room or leave the haunt entirely.