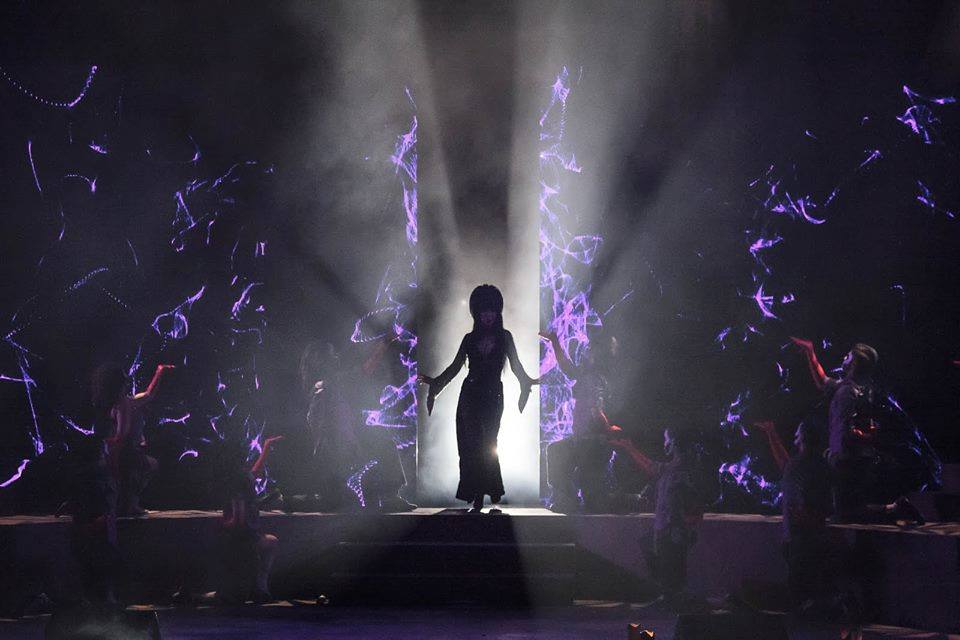 The Queen of Halloween, Elvira Mistress of the Dark, just announced on Twitter that one of Knott’s Scary Farm Halloween Haunt’s most popular things to ride on, herself, is coming back once again to titillate and frolic all over the stage. And she’s doing a show too! 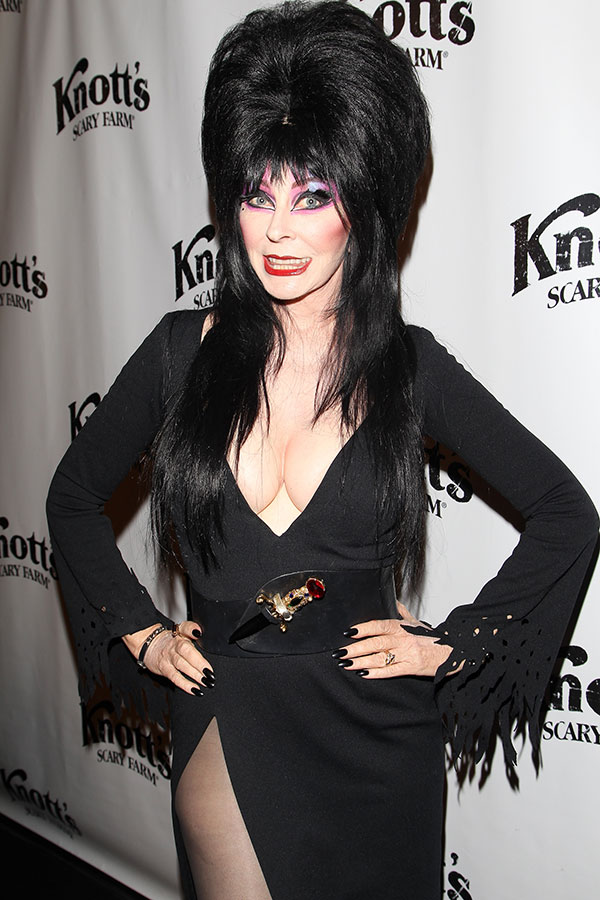 Elvira had a long run (not just in her pantyhose) starring in a stage show and hosting Knott’s for Halloween Haunt for 20 years and during that time she also had a maze – Elvira’s Nightmares, and a haunted log ride – Elvira’s Red Moon Massacre, which were both based upon her scary adventures (the log ride was somewhat autobiographic).

After taking an extended hiatus to pursue other endowments, err endeavors, she finally returned back to the Scary Farm last year with a new show titled ‘Elvira’s Sinema Seance’. ‘Sinema Seance’ was two handfuls of fun as her big… return kept the crowd alive with musical numbers, tongue in cleavge jokes, some high grade stage effects and low brow humor. In ‘Sinema Seance’ the Mistress of the Dark was sucked (or the other way around) into scenes from classic and contemporary horror movies such as The Blair Witch Project, The Birds, and Paranormal Activity. She also wound up inside of one of Saw‘s deadly booby traps.

We think Elvira’s shows at Scary Farm are as good as it gets when it comes to theme park Halloween shows. She always gives it all up in her spooky Vegas style variety shows that fully mounds, err rounds out the Knott’s Haunt entertainment experiences. We also have to hand it to Elvira as she’s still looking great and we’re glad that she’s once again back (and front) to where she belongs during the Halloween Season. Now we just hope we can get to see more of her on the Boob Tube again.