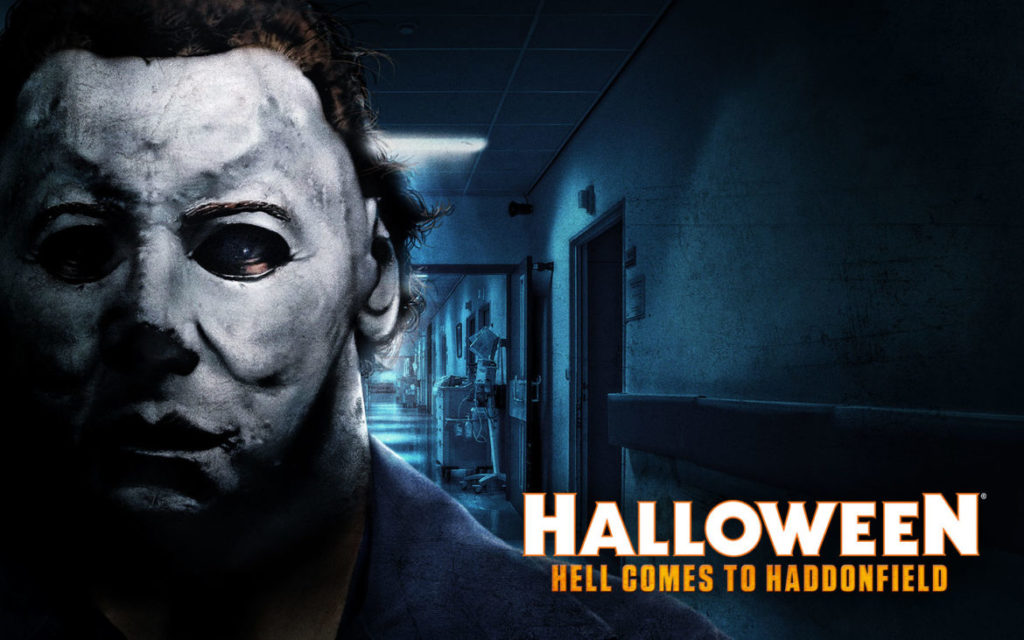 Back in 2014 in Orlando and last year in Hollywood, Haunt Stalkers followed in the footsteps of Laurie Strode reliving the most terrifying moments from her Halloween babysitting job gone bad. The infamous Boogeyman nearly accomplished his bloody task of “trick o’ treating us death”, but Dr. Loomis showed up right in time to help us to survive and be able to experience another year of HHN. We may have thought it was over, but it seems the Boogeyman also survived and is still out there, ready to take us trick o’ treating again.

This fall, Michael Myers will make his return to Universal Orlando Resort and Universal Studios Hollywood’s Halloween Horror Nights in Halloween: Hell Comes to Haddonfield, an all-new maze inspired by “Halloween II”.  This maze will be bigger and filled with more menacing scare-actors than the original, top-rated “Halloween” maze. This is like Christmas for Halloween fans, – if that makes any sense.

The original Halloween mazes were massive successes (and lines) at both parks. For fans of the original film, it was an opportunity to walk through the scenes of a revered horror film and be pursued by horror icon Michael Myers. Just like the movies, this maze will continue the story. It will begin with the final scene from “Halloween,” where Michael Myers is presumed dead after falling from a bedroom window – only to disappear from the ground. Guests will then dodge Myers’ lethal knife at every turn as they step into iconic scenes from “Halloween II” venturing in-between the homes of Haddonfield before seeking refuge within the hospital – a cold, stark setting, but also—just like the original—very familiar. All culminating in a horrifying finale that includes Myers’ fiery “end”.

We’re getting scared already! Halloween II features some of Michael’s most creative kills such as the hot tub face burn, blood drained nurse, and scalpel lift. We definitely can’t wait to see how they recreate the explosive finale!