Six Flags Magic Mountain’s 24th season of Fright Fest® will be the biggest and scariest in the Park’s history. The exciting line-up of new haunted attractions includes a new scare zone themed after the Warner Bros. Pictures highly anticipated film, Suicide Squad, and the largest outdoor maze in the Park’s history, Aftermath 2: Chaos Rising. The expansion also includes more roving “scare-actors” than ever before and an additional Fright Fest weekend, bringing the total to 19 event days. 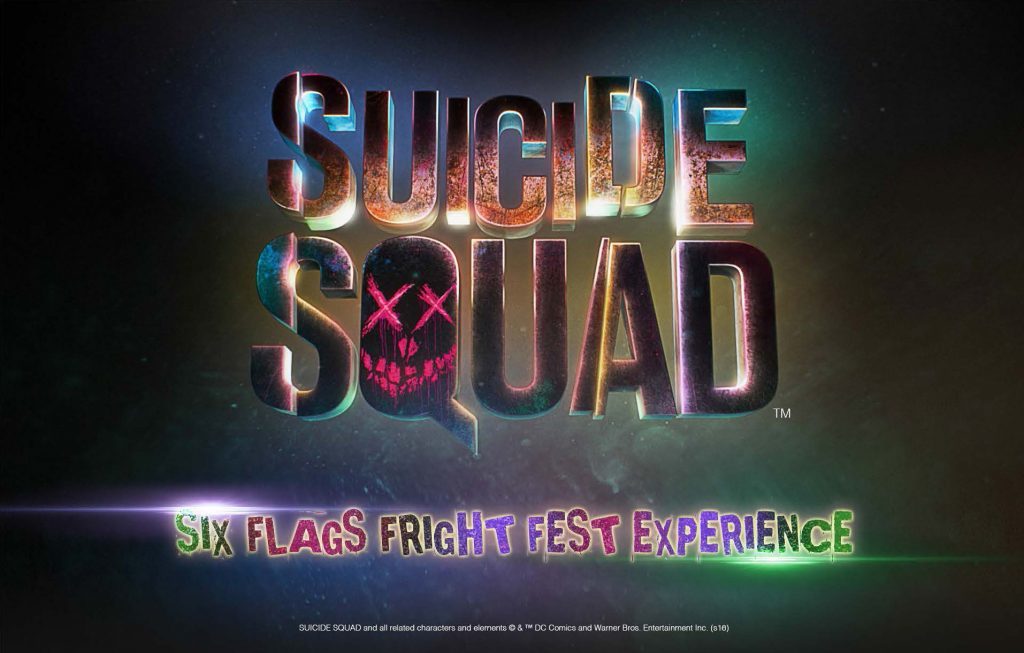 Six Flags Magic Mountain leaves no tombstone unturned to deliver what guests want most…an all-out terrifying experience. Fright Fest will include a total of seven electrifying mazes, seven dare-to-enter scare zones, and roaming zombies around every corner. If that’s not enough, Six Flags Magic Mountain will add a sinister element to some of the theme park’s monster coasters by turning off the lights, leaving riders to face their fears in total darkness – literally. 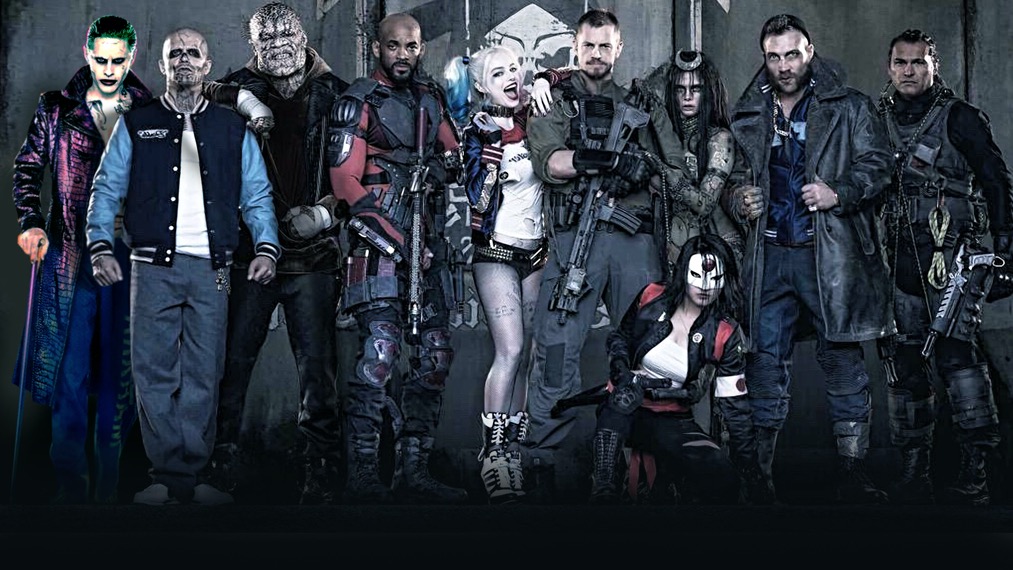 This year’s stunning new scare zone, Suicide Squad: The Six Flags Fright Fest Experience will transform the Park’s DC UNIVERSE area into DC’s Midway City, where some of the “Worst Heroes Ever” from the highly-anticipated film Suicide Squad will be roaming the streets. Darkness and chaos will reign as some of DC Comics’ most famous supervillains will be found among the mass destruction from the film. State-of-the-art digital imagery and fiery special effects will create an inferno as buildings burst into flames and creatures attack from every angle. “It feels good to be bad” at Suicide Squad: The Six Flags Fright Fest Experience.

The Park’s largest outdoor maze ever built, Aftermath 2: Chaos Rising, debuts in 2016 in a brand new location. Covering more than 40,000 square feet, this massive maze will strike terror into the brave souls entering a post-apocalyptic city inhabited by nomad warriors who rule with bone-crushing iron fists and the dead stalk the living. Larger-than-life props, fire, fog and other special effects make this a must-experience maze.

Back by popular demand haunted scare zones include TERRORtory Twisted, located in the Screampunk District, which is Magic Mountain’s biggest scare zone and features steam-spewing mechanical beasts relentlessly hunting down their victims. Beware of the terrifying giant spider looming at the entrance. 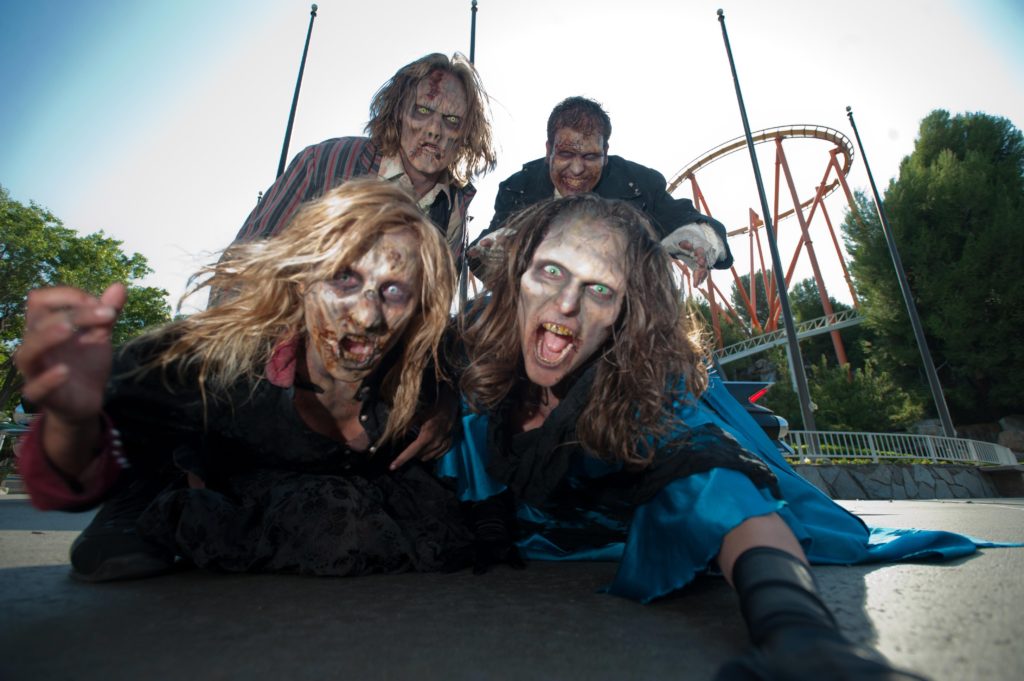 Coming back for the third year, three popular mazes incorporate state-of-the-art props, Hollywood-quality make-up, and story lines not meant for the faint-of-heart. Enter the world of Red’s Revenge…over the river and through the woods, to Grandmother’s house you go, but in this fairytale, guests and the wolf are hunted by Red and her demonic minions. Vault 666 is an old abandoned research facility where genetic experiments crossing humans with animals were once conducted and just recently the frightening secrets have been unearthed, exposing terror and mayhem from deep within the unsecured vault. Willoughby’s Garden of Darkness, a dense labyrinth of man-eating plants and evil apparitions, is inhabited by Innocence, the Willoughby’s youngest daughter, who is always looking for a ghostly playmate…so keep loved ones close.

Also returning is the demented 3D twist, Toyz of Terror 3D, the defunct toy factory haunted by wicked windups, freakish furries and deranged dolls…and if that’s not enough to scare the wits out of even the bravest, guests are now forced to experience the madness in 3D terror. Willoughby’s Resurrected is a reincarnation of the Willoughby family’s beloved haunted mansion that includes hair-raising horror down long harrowing hallways and around each nightmarish-turn. Don’t miss Chupacabra, where guests come face to face with this elusive blood-thirsty creature as it petrifies the local Dia De Los Muertos (Day of the Dead) Festival.

In addition to the two new haunted attractions this year, five additional scare zones around the park leave guests nowhere to hide and screaming to get out alive. After entering Fright Fest through the gates of Demon’s Door, face the undead in Zombie Xing. In Nightmares – A Twisted Fantasy, childhood fears and favorite bedtime stories take on a perverse twist, freak out on Exile Hill when unimaginable sinister souls appear without warning, and throughout the Wasteland, barbarian humanoids dare guests to enter the carnage of Aftermath 2: Chaos Rising.

Beginning each night at 7 p.m. and traveling throughout the park are the crazed comic-like characters who will run amuck through unsuspecting guests.

Spooktacular shows include the hypnotists, who put park guests in compromising scenarios in their hilarious stage show located in Golden Bear Theater, and the very popular VooDoo Nights, where Ghoul Rock has gone pop with a musical spectacular sure to entertain. Be sure to dust off your thriller moves and join in the fun in the Full Throttle Plaza.

For the little monsters, a Trick or Treat Trail and Halloween Crafts round out the activities during the day.

Six Flags Magic Mountain Season Passes are on sale. For just $10 more than a one day ticket, you’ll get unlimited visits now through the end of the 2016 season with no blackout dates. Purchase four or more Magic Mountain, Hurricane Harbor or Combo Passes and you’ll get one FREE parking pass. Additional Season Pass perks include free tickets for friends, park admission to Fright Fest, Holiday in the Park and more. Season Passes can be purchased at the main gate ticket booths or online at sixflags.com. Online Pass purchases are eligible for low monthly payments through the Membership program.

Season Passholders may also take advantage of our best value in Dining by purchasing a 2016 Season Dining Pass. For one low price you can enjoy a variety of meal options on each visit. Dining passes may be purchased at the park or online at sixflags.com.

Save time and money. Buy and print your tickets at home and go straight to the gate. Plan ahead and save up to $25 on Six Flags Magic Mountain general admission when you purchase your tickets in advance of your visit date. Get more details and buy now at sixflags.com